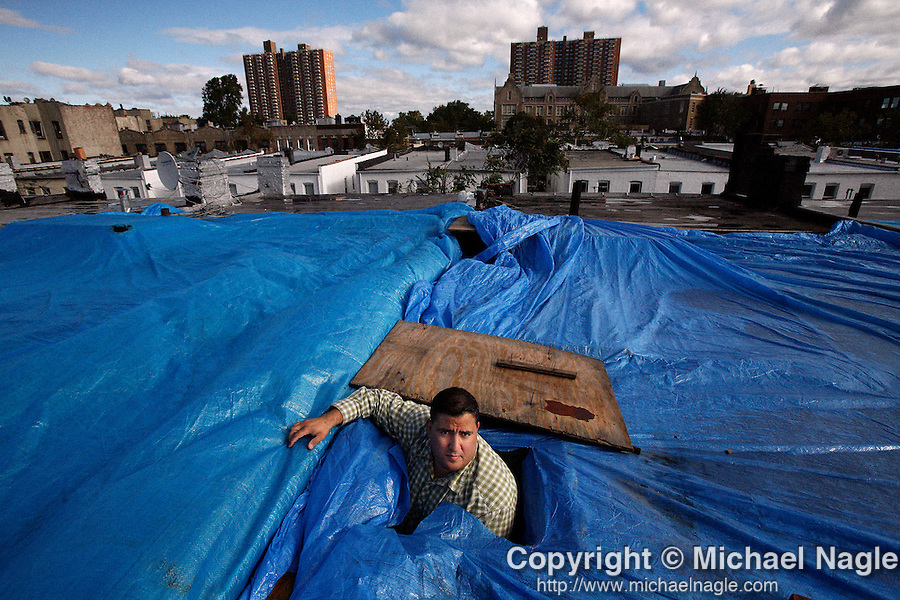 BROOKLYN - OCTOBER 12, 2007: Two months after a tornado toppled trees and ripped up rooftops in Brooklyn, Ashraf Eshra and his family are among the several displaced families that still haven't been able to move home. Mr. Eshra gives a tour of his house at 339 Bay Ridge Avenue in Bay Ridge, Brooklyn. (PHOTOGRAPH BY MICHAEL NAGLE)